Give it a try

The best way to see all the features our pickleball ladder leagues have to offer, is to give it a try in our demo ladder. Feel free to change the ranking system, submit scores, add players, and play around with the rules. Don't worry, you can't break anything. Just be sure to log in first. 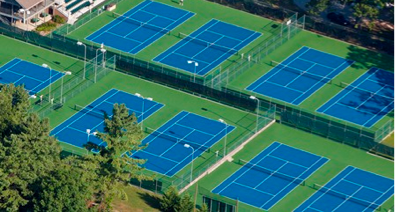 Find a Pickleball Ladder
To determine how points are awarded and players are ranked, you can choose between 5 different ranking systems. Not good enough? With our Custom Points system, you can build you own. Can't decide? Don't worry, you can change your ranking system at anytime.
Learn More
Leap Frog
Leap Frog Plus
Elo System
Win/Loss Percentage
Custom Points
Manual Points
Customizable
Need a singles ladder? Doubles? Idle penalties? How about different match formats? Or limits on who can play who? Don't worry, we can do it.
Fully Automated
Once created, our pickleball ladders pretty much run themselves. Rankings and points are update in real time as your players submit their matches.
Match Initiation
Choose how matches are initiated. You can use challenges, a set schedule, or allow matches to be submitted anytime.
Fee Collection
If you need to charge a fee to join your pickleball ladder, we can help. All you need is a Stripe account.

Our pickleball ladders can be created and played anywhere in the world.

Your pickleball ladders will look great on any device including phones, tablets and desktop computers.

Access your pickleball ladders with any device connected to the internet. No software is needed.

Create a pickleball ladder for free in 5 minutes.